a few years ago (4+?!) our local quilt group, Friendship Quilters did a 9 patch exchange. each month, for many months, we exchanged 9 patches in a color of the month and kona white, using 2½" strips. 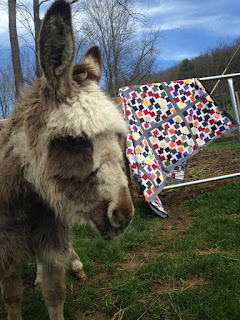 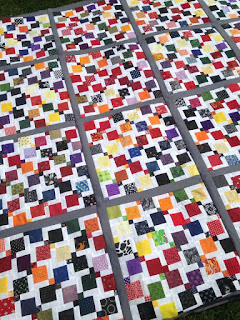 one of the other women finished her quilt in a timely manner, using her blocks for a split 9 patch design, and then framing it in grey (I used kona slate) to resemble stained glass widows. I had an AH-HA! moment, and knew instantly I'd do the same. 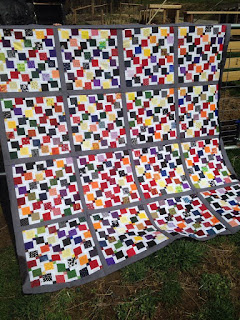 a friend and I combined our blocks together, and made this quilt for one of the MCC auctions. (Washington 2017) it was on my UFO2017 list, but I'm happy to say that it's checked off now, and in its new and happy home. it brought a good price at the auction, and all is well!
at 7:04 PM 1 comment: 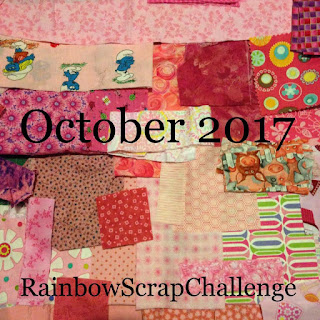 aside from a few notable events of going to the beach  (OCNJ) in October. (during the tail-end remnants of Nora. such is the life of a farming family...) and making 3 memory quilts for a friend, I don't have too much to show for RSC17 pink. but I'm still working on a last few blocks.... 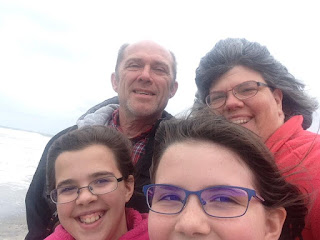 11 kona cotton solids blocks in pinks with the indigo. just the browns and tans to go, and then I can start putting this one together. 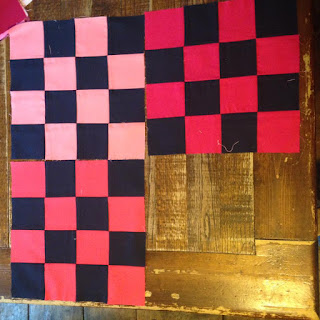 watermelon, azure, candy, bubble gum, azalea... those are some of the colors that quickly come to mind that make up this batch. 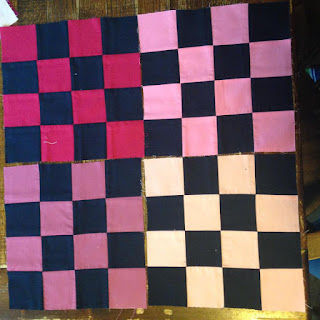 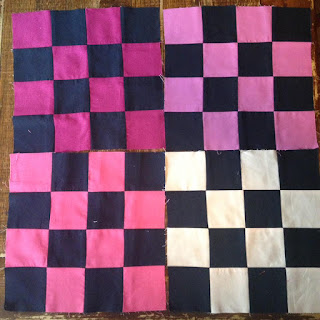 31 pink crumb blocks, too! (only 25 shown) when you've been doing the RSC as long as I have, word gets out that there is a crazy quilting lady who doesn't live too far away and will use all those ridiculous scraps. scraps come from far and wide-
and these pinks are no exception! a few of these pinks are mine (as in, leftover from another project, or fabric that I purchased) but the majority of these pinks are from a scrap bag from my LQS. how fun is that! and I'm not even done! there are still about 15+ pink blocks to piece, I'd guess. 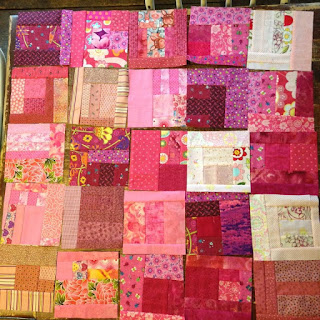 
looking forward to getting lots of these blocks into quilts. click over to Angela's on Saturday morning to see what everyone else is working on !
at 5:45 PM 4 comments: