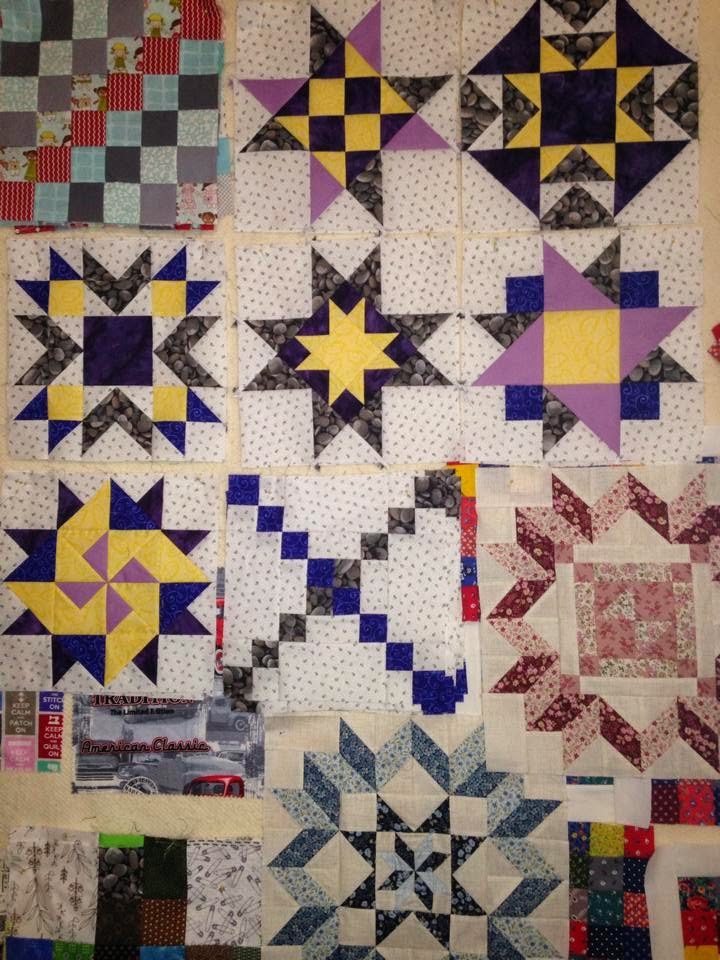 here are my January through July blocks for Judy and Vicki's mystery- Tell It To The Stars. loving how it's going so far- and the august blocks are some of the setting and corner pieces-and they use more YELLOW! Judy did tell us way back when that color #2 would be the predominant color. I'm excited to see how it's going to start going together.

JUST TO BE CLEAR: I should mention that ALL my blocks are done- they're just pinned on the design wall in pairs... there are 2 each of all 6 star blocks, and 6 of the chain blocks.
I tried to figure out how this quilt would go together- I even went so far as messing around in EQ5, but couldn't get it. (didn't try TOO hard, though! I don't want to ruin the surprise.) although- having said that, there seems to be a spoiler in the linkups... oh, well. 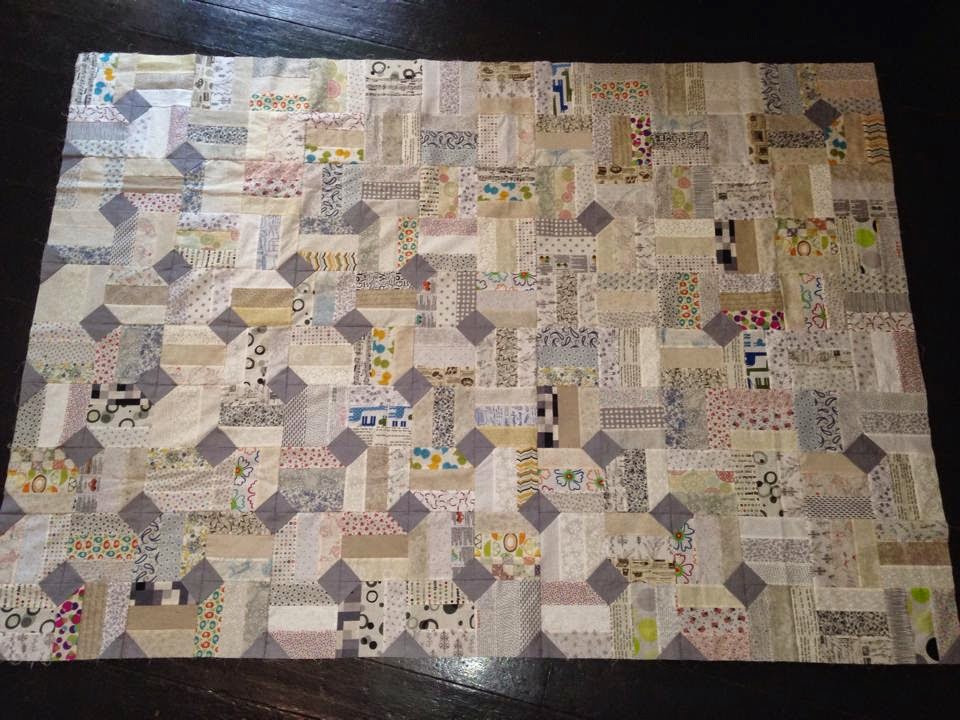 this quilt top was one that I "just had" to do- found the tutorial on youtube here. after seeing it, I got the brilliant idea to make mine in low volume fabrics. (you know, what we quilters used to call neutrals, or background fabrics, before quilting got all popular and modern!) I had originally planned on doing the grey squares at all the intersections, but after doing a bit of math, realized that that would mean cutting, sewing, pressing and trimming 296 grey triangles! I quickly "scrapped" that idea and opted for the more modern version of the grey squares just fading away- and I really like it!
this is a huge hodge-podge of different fabrics- mostly all from my stash- and some quite new (purchased for this quilt) and some as old as 25+ years! it's a good feeling to use up so many different fabrics. and also surprising at how well they look together- no one fabric seems to jump out at me.
at 4:58 PM 1 comment: