it was all thanks to the rain... 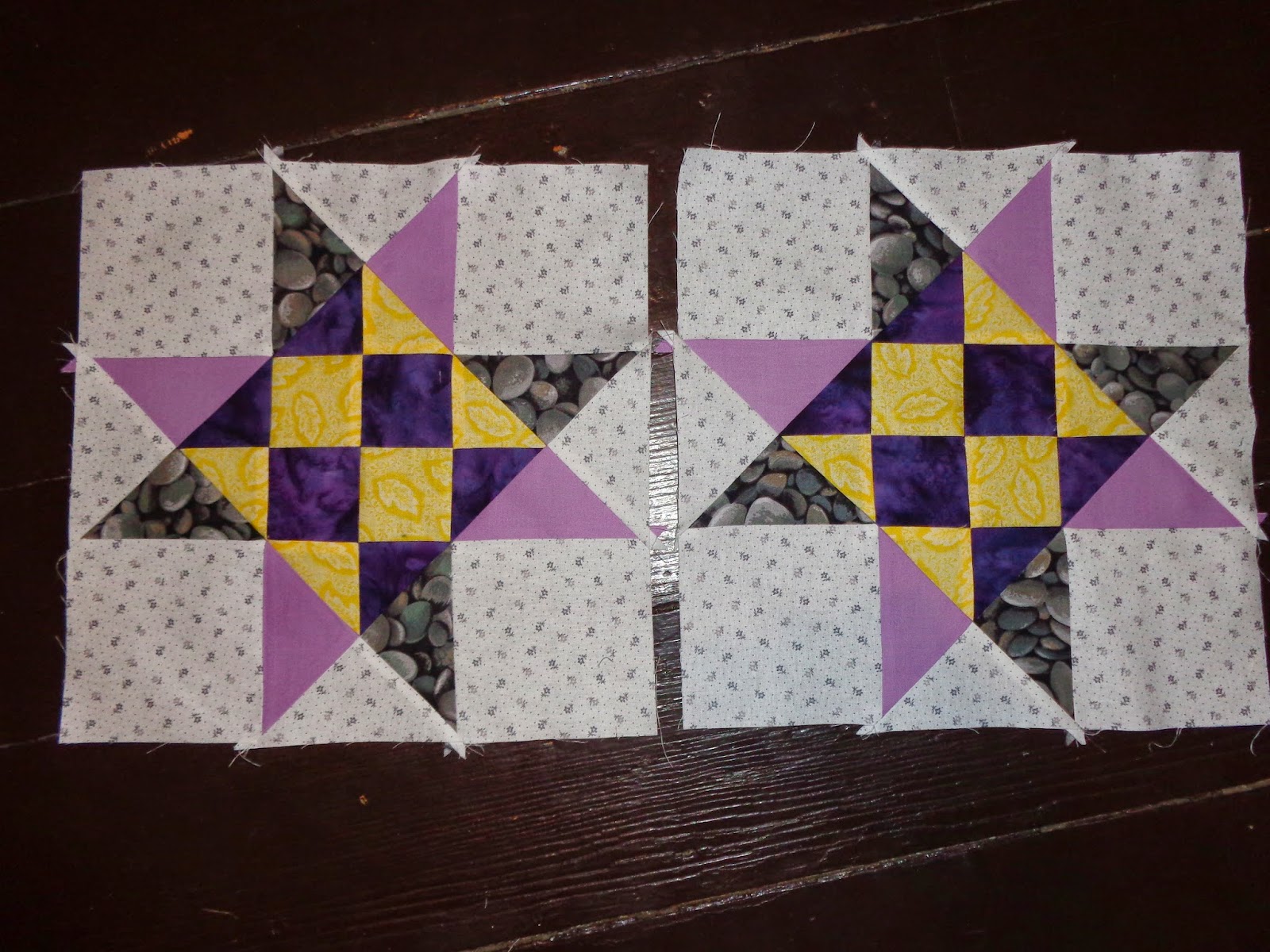 although it still feels as if spring has not "officially" arrived, we're still SUPER BUSY in the fields and the gardens. we have many of our early crops planted, as well as the tomatoes in the high tunnel, for a good, early start on the CSA/Farm Share boxes which start the first Thursday in June.
today was a rainy day, so I only worked a half day. after a hot shower AND a nap, I was thankful to head up the the sewing room and work on my Tell It To The Stars blocks for April.
I like how they're turning out! 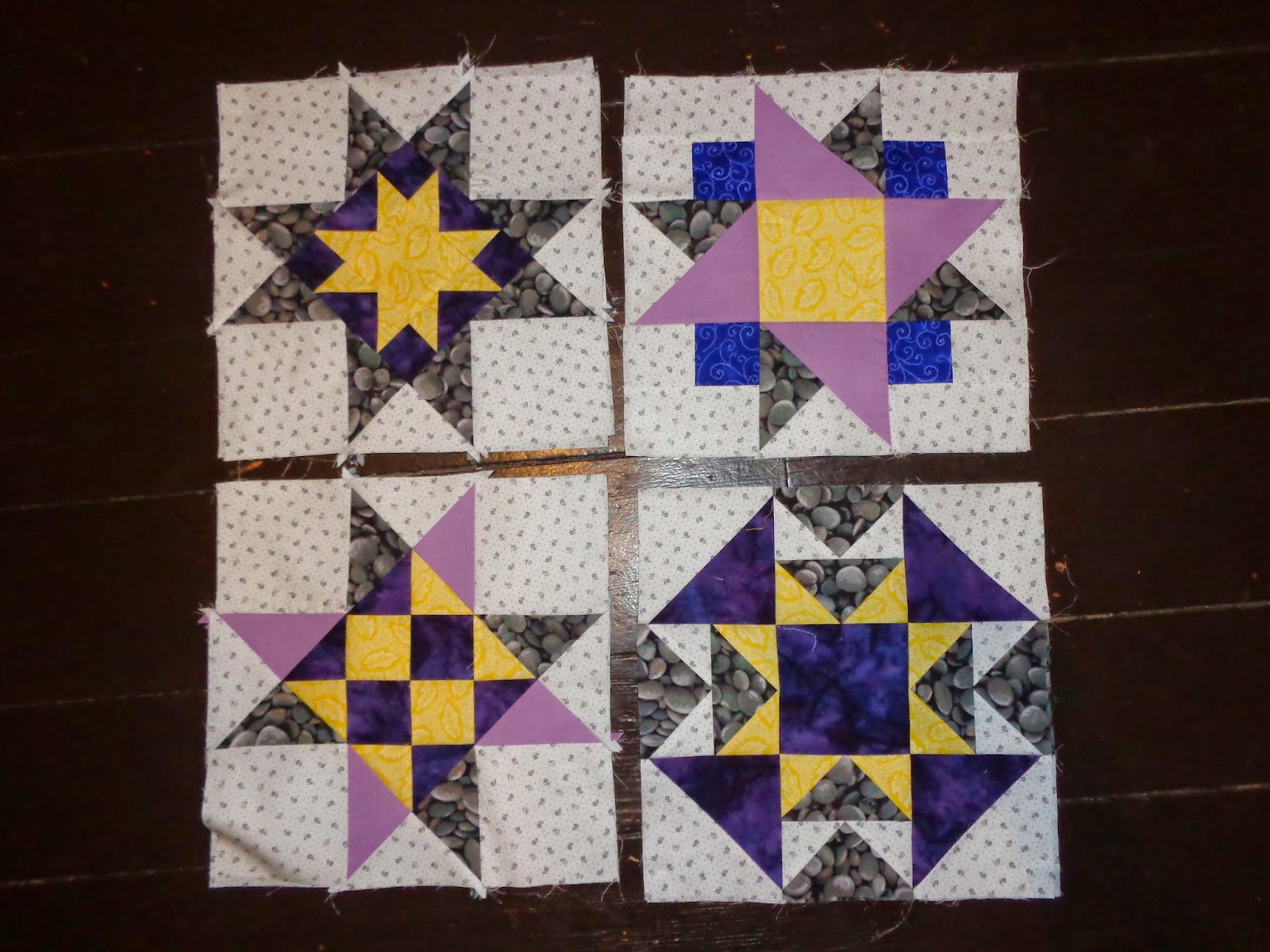 here's all 8 of my blocks so far. I was hoping that Judy had posted tomorrow's block a bit early- I'd sew some more as long as I'm on a roll. but- tomorrow promise to be rainy as well, (or at least too wet to work the soil) so maybe I 'll get  a bit more time in the sewing room again!

I did see that Angela dropped a huge hint about green for RSC14. I already did my green scraps into 6½" crumb blocks back in March, so either i'll pick another color to do, or it's just as likely i'll be too busy to be sewing anyway!

if you want to see more about what we do with our CSA and the veggies we grow for our members, you can jump on over to facebook, and like our farm page, "by the bridge"
at 9:44 PM No comments:

Email ThisBlogThis!Share to TwitterShare to FacebookShare to Pinterest
Labels: quilting, Tell It To The Stars

a little bit of purple... 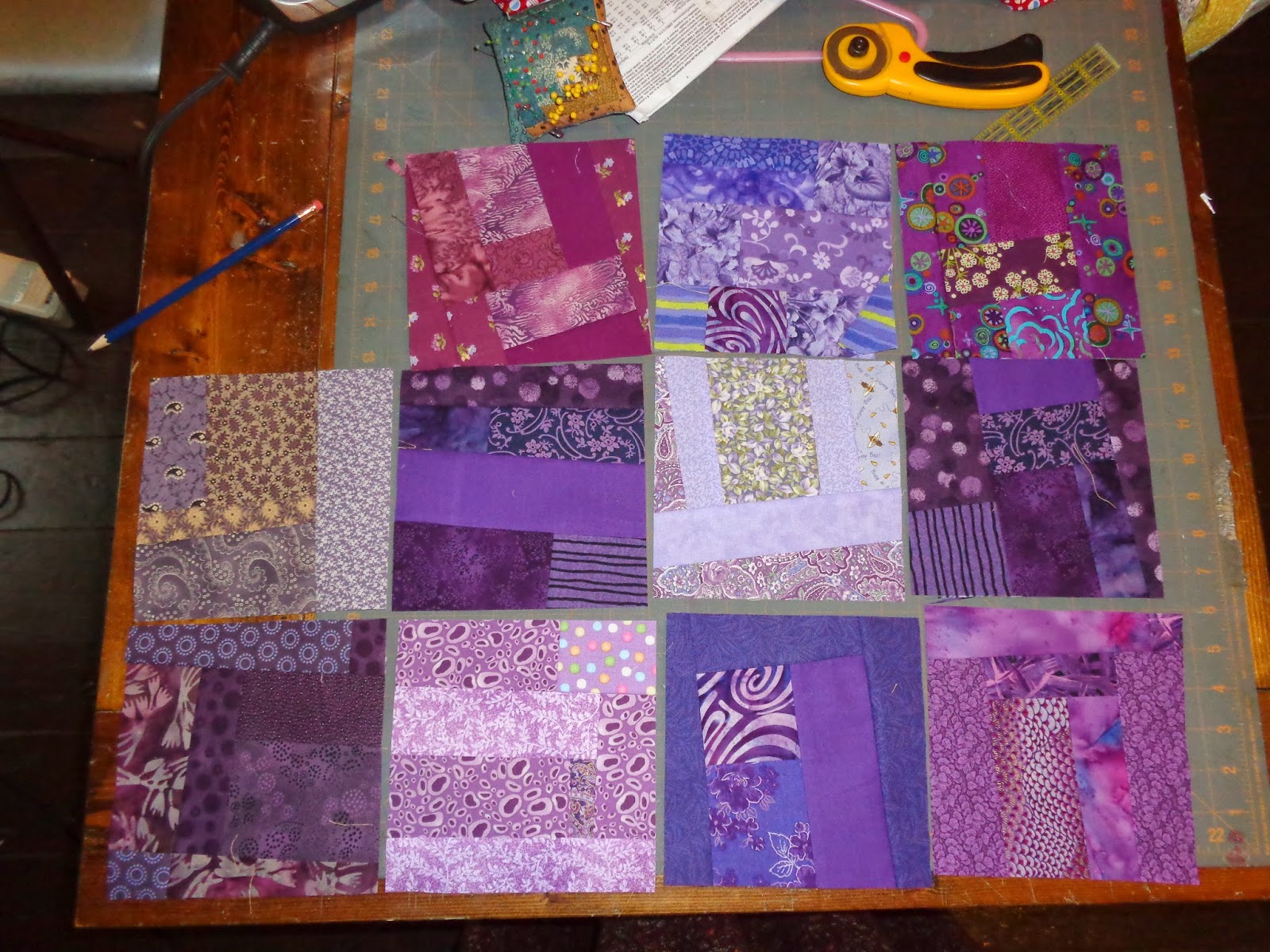 not too much purple in my scrap jars, and not too much variety, either. but I still managed to piece 11 6½" scrappy blocks.
now that spring has come, and the ground has finally thawed, life in the gardens and fields is getting very busy. there won't be too much time to sew, but hopefully I can find a few minutes here and there...